Is Satellite Really Too Expensive?

The perception that satellite services are prohibitively expensive has long been a deterrent to business uptake of such solutions. While it’s true that they cost more than traditional wired and wireless connectivity options, satellite has become more affordable than many realize.

Improvements in satellite capacity, data throughput and launch capabilities have helped bring down the cost of connectivity in recent years. The average cost of a satellite business Internet plan in the U.S. is now about $100 per month. While that’s roughly double the average cost of a cable or fiber Internet plan, it doesn’t seem exorbitant considering the costs involved with building a satellite, launching it into space and keeping it in orbit.

Still, it’s important to note that a strict dollar-by-dollar comparison doesn’t accurately reflect the overall business value of satellite services. Satellite is rarely considered an alternative to wired or wireless connectivity — it is almost always a complementary option deployed where other connectivity options are either unavailable or unreliable. Rather than comparing the cost of satellite to cable or fiber, consider the business costs of not having any connectivity.

It’s estimated that nearly a quarter of the U.S. lacks access to high-speed Internet, largely due to geographic limitations such as remote location and rough terrain. Such limitations make it extremely expensive — if not downright impossible — to deploy fiber or cable to customers in those areas. Satellite, on the other hand, is available everywhere.

With the ability to extend connectivity to remote and underserved areas, satellite creates enormous market development opportunities. A recent report from ResearchAndMarkets.com projects that satellite services will generate economic development worth up to 50 times the combined cost of capital expenditures for infrastructure and operational expenses. Meanwhile, Deloitte analysts say extending Internet access to developing economies could generate more than $2 trillion in economic growth and create more than 140 million new jobs.

Given those figures, satellite is a bargain at even twice the price of terrestrial broadband options. It is particularly valuable in certain verticals such as the maritime industry that lack other connectivity options. Satellite is essential for container ships, cruise lines, fishing fleets, offshore oil rigs and other maritime operators that require real-time data and communications for emergency communications, route planning, weather monitoring, fleet tracking and more.

Satellite is also a key to the continued growth of the Internet of Things (IoT) economy. Although there are already billions of IoT-connected devices worldwide, coverage limitations in isolated or inaccessible areas have constrained growth. That is changing with rising deployments of small, low-cost satellites designed specifically to support IoT connections. So-called “smallsat IoT” constellations comprising dozens of satellites weighing as little as six pounds support machine-to-machine communications with IoT assets in even the most inaccessible locations.

Strictly speaking, satellite remains more expensive than land-based options such as fiber, cable and cellular. However, continuous improvements and enhancements are making satellite more affordable. More important, it’s hard to put a price on the value satellite creates with reliable connectivity in situations where communications were previously impossible. 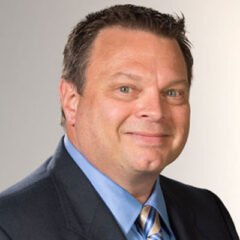