At Your Service: How Robots Enhance the Customer Experience

The manufacturing industry has long used collaborative robots — or cobots — that work alongside humans to assemble, inspect, package and move products. With continued advances in sensing and control frameworks, these machines can accomplish a variety of traditionally manual tasks with greater speed, precision and intelligence.

Those characteristics are driving increased adoption of robotics across a broad range of industries. Analysts say the global robotics market is growing by 22.8 percent annually and will reach a total value of nearly $215 billion by the end of the decade. By that time, robot encounters are likely to be commonplace in restaurants, grocery stores, hospitals and more.

Following is a brief look at how several industries are leveraging robotics to improve productivity, efficiency and safety, thereby enhancing the customer experience.

Restaurants are increasing their use of cobots to prepare food with precision, consistency and reduced waste. Industry analysts say robots are particularly effective in quick-service restaurants where the recipes are highly standardized. Hotels are using bots for guest information, front desk services, concierge services, room service and more. Examples include:

Retail operations are turning to robotics to address a variety of staffing, safety and customer experience issues. Approximately 150,000 mobile robots could be deployed in brick-and-mortar stores by 2025, according to a recent report from ABI Research. Here are some of the ways retailers are using the technology: 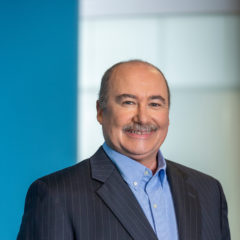 The petroleum industry spends a lot of time developing standards for things like mobile payment, back office integration and smart safe integration. Over the last decade, I’ve become a translator between technology, marketing and operations.