5 Reasons Why Antiquated Systems Are Hurting Your Business

Putting off technology upgrades to conserve cash is usually a poor strategy due to steadily increasing costs for maintaining and supporting aging gear. According to Forrester Research, maintaining older applications and technology consumes 70 percent or more of the typical technology budget.

It’s just a fact that business technology is evolving at a dizzying pace. Continual improvements in processing power, networking techniques, data analytics, artificial intelligence and automation mean that today’s leading-edge IT assets might become functionally obsolete in just a few years. According to a recent Vanson Bourne study, outdated systems make up nearly a third of the typical organization’s technology stack.

The typical technology lifespan is often shorter than you might imagine. Although numbers will vary based on how assets are used, maintained and protected, industry analysts generally recommend the following refresh cycles for some basic components:

Here are five ways that dated technology may be hurting your business:

Increased maintenance and support costs. As vendor support is phased out and replacement equipment becomes scarce, you’ll have to pay for an extended warranty or a third-party maintenance agreement. According to a Techaisle study, maintaining and updating a PC that is more than 4 years old costs 1.6 times more than simply replacing it with a new machine. The study also finds that annual downtime doubles for older PCs.

Increased security vulnerabilities. Dated applications and systems — particularly those that have reached end of support — will almost certainly have unpatched vulnerabilities that create openings that hackers can exploit. According to the Department of Homeland Security, roughly 85 percent of all data breaches involve unpatched software.

Compliance issues. Outdated technology can result in noncompliance with a host of government and industry regulatory requirements. Most organizations today are subject to regulations requiring them to demonstrate that their IT systems meet technical and procedural requirements for protecting personal information. Failure to meet those requirements can result in substantial fines.

Decreased productivity. Older technology runs slower and takes longer to execute tasks. Limitations in memory and processor speed make it nearly impossible for some older PCs to run multiple applications at once. They also consume more power and have a shorter battery life. An AMD study reports that the average office worker wastes the equivalent of 24 workdays each year waiting on slow or outdated hardware or software.

Lost customers. According to a recent Microsoft survey, 91 percent of consumers said they would consider no longer doing business with companies that use outdated technology, largely out of concern over security, privacy and convenience issues.

Saving money where possible is a perfectly fine business practice, especially with IT budgets likely to remain tight for a while. However, depending on hardware, software and systems that are too old to efficiently handle today’s workloads or protect against the latest security threats could prove to be too costly in the long run. Contact us to discuss the most cost-effective ways to modernize your IT environment and protect your business. 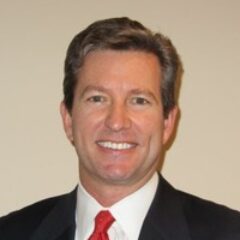 A lot of digital signage companies are not security and network savvy. Some are just software companies and quickly move on after the sale, while others are integrators and just want to install everything and hand over the keys. SageNet is uniquely positioned to help customers with everything, from their digital signage strategy and content to network operations and maintenance. We become more of what they really need – a strategic partner.

Get to know Greg