MoDOT determined that the ideal network would utilize broadband satellite connectivity as its core network. During Katrina and Rita, critical voice and data communications were offline. Wireline circuits were damaged, and wireless and cellular technologies were knocked-out since they are dependent on terrestrial communications. Land Mobile Radio (LMR) systems experienced blackouts since they are also dependent on the local land-based infrastructure.

MoDOT officially implemented its upgraded satellite emergency network in 2008. Utilizing SageNet’s Satellite Services™, the innovative solution supports full Voice over IP (VoIP) and Radio over IP (RoIP) capabilities with Quality of Service (QoS), Internet access, and can interface with trunked radio systems and analog systems. The solution enables seamless transmission capabilities and control to communicate and interconnect remote tower sites by satellite, and interoperability with legacy radio systems. In addition, the team developed an innovative telephone solution, referred to as STAC (satellite trans-port audio circuits), that provides a reliable voice service that is more efficient and cost-effective than alternative phone services. The STAC system, however, connects directly to MoDOT’s satellite network to avoid the issue of high contention ratios for shared satellite phone users. Its advanced design uses significantly less bandwidth for voice services, making it more efficient and cost-effective, and reduces the effects of latency. MoDOT is utilizing both fixed and transportable systems, and SageNet’s flexible backup satellite service that can be instantly deployed.

Since the implementation, MoDOT’s emergency communications network has been put to use numerous times for real-time deployments, and consistently allowed Missouri emergency response units to communicate better and ultimately perform at peak efficiency. The system has been used to support numerous government agencies. MoDOT used the advanced emergency management network in Missouri to help government agencies and community organizations resume data and voice communications during the aftermath of severe flooding in 2008. MoDOT provided a transportable and rapidly deployable satellite network to local communities at the request of The State Emergency Management Agency (SEMA). The emergency communications network  provided support for Voice over IP (VoIP), radio backhaul, and VPN Internet access.

The advanced emergency communications network solution provides numerous benefits to MoDOT, including an easy to deploy, versatile, and scalable transportable solution that supports all of its applications. The solution is critical for public safety measures, providing a high reliability communications system in the case of a crisis or disaster. In addition, MoDOT has access to readily available satellite training, ensuring complete support for their communications network before or during an emergency situation.

Our IoT Visibility platform makes it easy for customers to track individual IoT assets to gain insights about peak utilization rates, historical use by individuals and even battery-life performance. 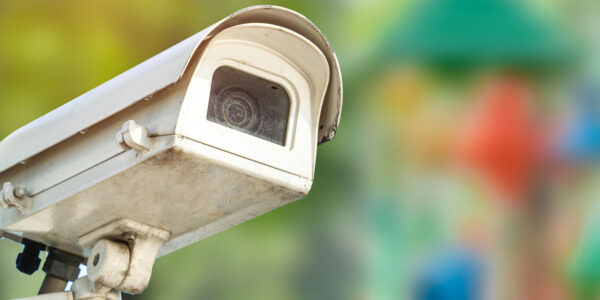 Video surveillance has become an essential tool for curbing school violence and preventing unauthorized visitors from entering schools and campuses.

Satellite phones need little more than a power source to function, and they don’t need terrestrial connections to transport voice or data.